How often do your stars align and you sell your travel story to the exact magazine you hoped for?

Every week I receive at least one email from a travel writer asking, “Can you help me find a publication for my story?”  My standard reply is this:  “Querying a single magazine will, inevitably, end in disappointment.”

Although you may think a particular magazine is a perfect fit, that’s not usually the way freelance travel writing works.  Unless you can get inside the editor’s head, you’ll never know who wants your story until you send your pitch. 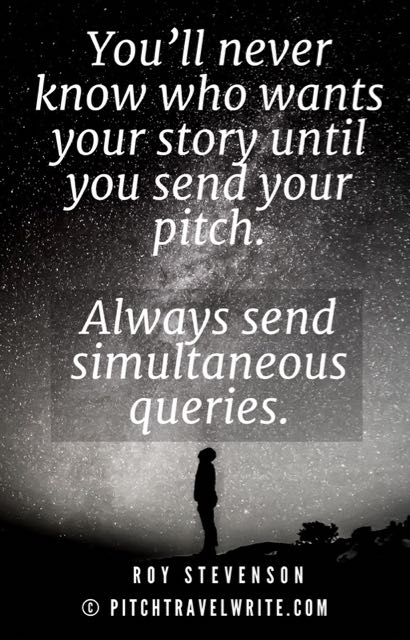 But sometimes the stars align.  There have been times when I’ve barely had to lift a finger to sell my stories.  I call these “slam-dunk” stories.

Here’s how it works.  When I'm figuring out which magazines to pitch, some magazines simply leap off  my list.  The magazine screams “me, me, me”.  Even Homer Simpson would be able to see the strong connection between your story and the publication.  Duh!

When this happens to me, I go ahead and query this magazine, of course, along with all the others on my list.  Numerous times I’ve been thrilled to receive acceptance emails from the editor saying, “We’d like to buy your story.”

Here are a few of my perfect matches (article + magazine) where the travel writing stars aligned.  In these cases, the magazine and my story seemed like obvious partners.  And they worked out. Easy money!

Before you go racing off , I don't want you to think it’s okay to query a single magazine. Stars align less often than you think. Querying only one magazine should not be your standard travel writing marketing approach.

If you follow my marketing and sales advice, you already know I’m a big proponent of sending out mass batches of simultaneous queries.  The more magazines you query, the better your chances of making a sale.

Every query you send out boosts the probability of having your story published somewhere.  It’s a numbers game, pure and simple. Although it’s not a sexy strategy, this approach works beautifully!  It worked for me fourteen years ago and it still works today.

I always recommend you query a lengthy list of magazines.  Always practice simultaneous submissions.  Because, in my experience, these slam-dunk sales in travel writing only happen about 10% of the time.

Yes, that’s a fact.  Only 10% of my stories have been “slam-dunk” sales.  Of my one thousand (1000) published freelance articles, the clear majority sold because I pitched lengthy magazine distribution lists.

Stated another way:  If I had only queried a single magazine for each pitch, my published article count today would be 100, NOT 1000 articles.  That’s a big gap!

And here’s an additional shocker.  Around 10% of my stories sold to magazines that I thought hadn’t a prayer of buying them!  These travel writing long shots were -- the exact opposite of slam-dunk sales.  I didn’t expect them to materialize at all!

Sometimes I come across a random magazine that doesn’t really fit the genre of my story.  But for some reason I stick it on my list and send a query anyway.  And 10% of the time, the editor sends me an enthusiastic acceptance email!

It’s uncanny when the magazine I expect to snap up my story doesn’t even respond to my query!  And a magazine I don’t expect at all, enthusiastically responds. This has happened enough times to convince me that creating lengthy distribution lists, including long shots, is critical for selling your stories.

Another reason I recommend you create lengthy distribution lists is multiple sales. Several times, after I’ve sent out mass simultaneous submissions, I’ve had two (or more) editors request my articles.  Sometimes I sell a story to more than one magazine.  And I’m paid multiple times for the same story!

I know that creating lengthy distribution lists is a formidable and onerous task to most novice travel writers.  But if you really want to get dozens, or hundreds, of your stories published, and get paid, you need to accept this as an integral part of freelance magazine writing.

Maybe this isn’t your favorite task.  But, every type of job involves some tasks we don’t enjoy!  Building magazine distribution lists is a critical task for success.

And once you’ve built your list, it’s available to use over and over again!

Take the time to build your magazine lists.  That's how to make your stars align, at least some of the time. And when a slam-dunk or a long shot happens, you can bask in the easy sale. And you'll know it’s a happy blip in the larger scheme of things.

If you want to get published on a travel website, I've published a guide with a list of 125 quality websites. This list includes more than 50 paying websites and lots of advice about getting published online.

Not all websites out there are quality websites.  Many travel websites don't accept articles for publication.  Some website owners prefer to write their own stories.  Others are content mills - you really want to stay away from these.  They're bad for your reputation.

I thoroughly researched this list of 125 travel websites, and can say that you will be proud to be published on any of these.  You can learn more here.

Simultaneous Submission Strategies for Multiple Acceptances
The Art of Reselling Your Articles
How to Build Magazine Distribution Lists and Sell Your Stories
Getting Published:  The Many Ways to Sell Your Stories